After a few months sitting on this massive feature story, it finally grew legs and ran in the Independent this week. Less massive (cut in half) but more poignant, my final piece from Hank Stuever’s Reporting Pop Culture class tells the story of a successful bar band in the context of the only country bar in Missoula — the Sunrise Saloon. But no more spoilers, read it here.

I should also tell you about our college station KBGA’s Radiothon, as I somehow ended up writing a decent press release for them we ran with in today’s Kaimin. They go about their annual fundraiser pretty cleverly. “We’re asking for money from college students and we understand that’s crazy,” said Ruth Eddy, KBGA News Director. “But you can pledge five dollars, and that gets you a ten dollar gift certificate. It’s not really a donation — you’re making money.” To top it off their efforts they host a party, usually headlined by an out-of-town band, at the Badlander complex downtown. This year’s choice cut is the Toronto hardcore/indie band Fucked Up (whose name I appreciated seeing uncensored in the paper today, as it is a proper noun).

I’ve fixed the broken links on my Kaimin clips: since we changed our CMS the archives have been slowly trickling in (and changing URLs). I may be shuffling them around a bit too, so keep an eye on ’em! 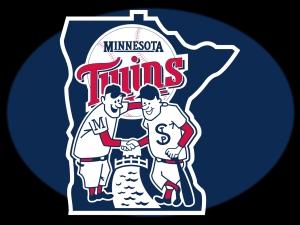 I write about Duluth for the Star Tribune. I previously reported for the Duluth News Tribune, The Columbian in Vancouver, Wash., and The Daily News in Longview, Wash. I’m a graduate of the University of Montana School of Journalism. Accountability matters.